Rothy’s: One Week In 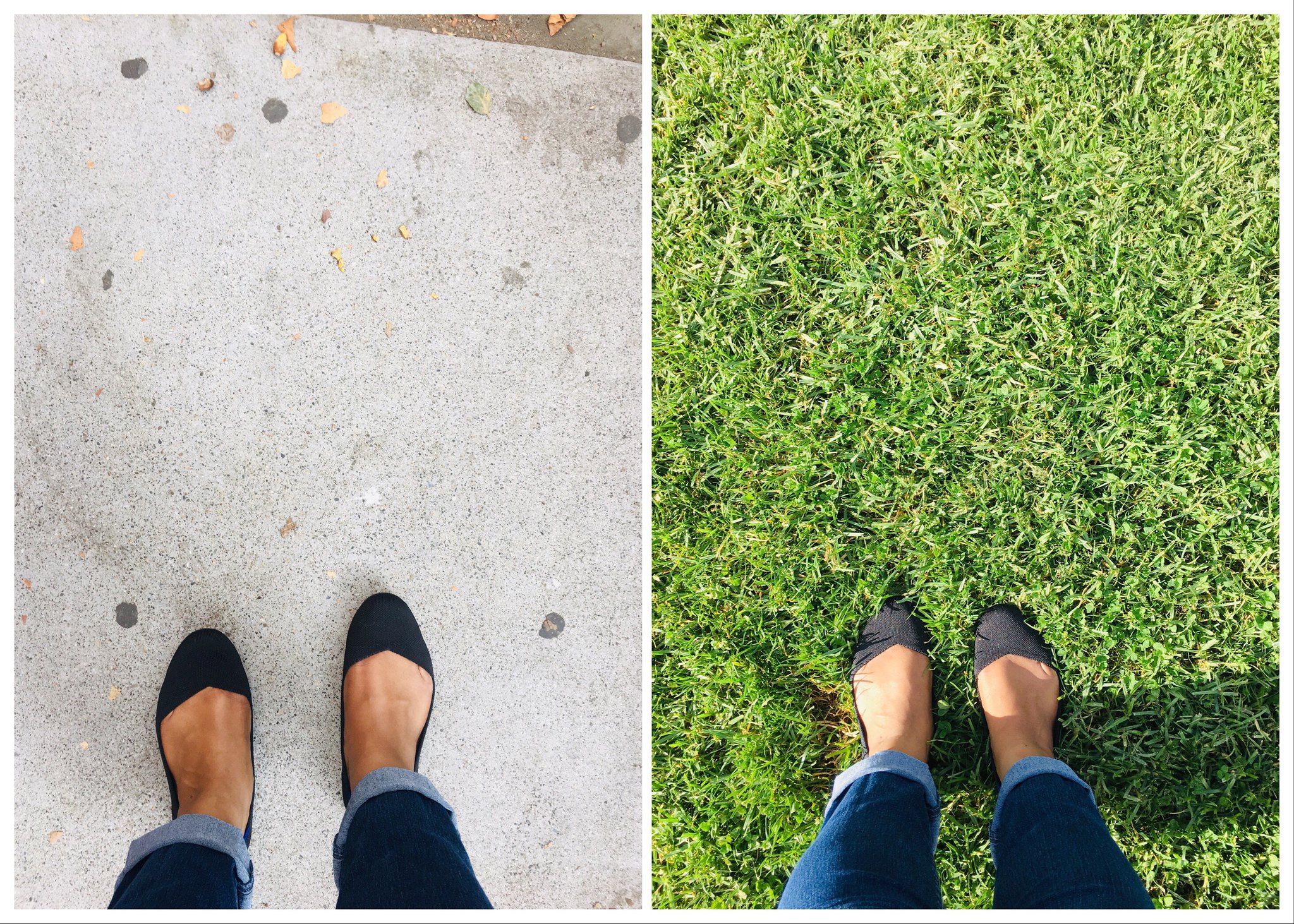 I recently dropped some cash on a pair of Rothy’s flats. I never thought I’d spend $125 on a single pair of flats, but Rothy’s made some big promises– stylish, comfortable, durable, and made from recycled materials.

I first heard about Rothy’s a couple of years ago, when a friend ordered a pair of their pointed toe flats. They looked gorgeous. And when I went online and looked them up, I found out that the shoes were made out of recycled water bottles. They were washable, and plenty of Rothy’s owners said their shoes still looked brand new after months of wear. They were based in San Francisco. I forgot about Rothy’s for a while. They cost more than I was willing to spend on a pair of shoes, and that was that. Fast forward a couple of years, a half dozen pairs of shoes that fit poorly or didn’t match my style, and Rothy’s started to seem like a good option again. A Pinterest marketing campaign put me over the edge– I asked my Rothys-wearing friend for a referral code and placed a $115 order for a pair of the round toe flats. (My friend now owns 3 pairs, wears them regularly, and loves them, which is a pretty strong testimonial.)

Here’s what I learned just one week into owning these shoes:

Honestly, I’m pretty happy with my Rothy’s so far. They are far more comfortable than any other flat I have worn. I haven’t had a single problem with blisters or foot pain. They make my wide, flat feet very happy.

I’ll have to update or write a new post in another 6 months, once I’ve worn the flats regularly and washed them a couple of times.

P.S. Need a referral code? Here’s my link. We’ll both get $20 off a pair of flats if you purchase.